Print This Article >>
Government Lies, Corruption and Mismanagement
Whistle-blower James Lindberg Settles His Lawsuit Against the California Department of Education For $4.25 Million
The state Department of Education has settled a long-running lawsuit with the whistle-blower, paying $4.25 million to the former worker who said he suffered retaliation after he reported corruption and fraud to then-Superintendent Delaine Eastin. 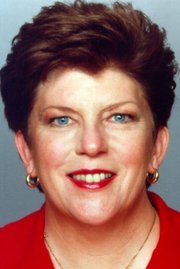 The state Department of Education has settled a long-running lawsuit with a whistle-blower, paying $4.25 million to the former worker who said he suffered retaliation after he reported corruption and fraud to then-Superintendent Delaine Eastin.

But that wasn't the department's only cost. Over seven years, it has paid another $1.2 million to law firms for defending the state through two jury trials and appeals.

Still, the $4.25 million settlement represents a savings of sorts. In the second trial in 2007, a jury awarded whistle-blower James Lindberg $7.6 million. With interest, the value of that judgment had increased to $8.6 million, said Hilary McLean, spokeswoman for superintendent of schools Jack O'Connell.

"The settlement reflects both parties' determination that there were risks with continuing the litigation that outweighed the benefits of trying to pursue a final resolution in the Court of Appeal," McLean said.

"We think it was a benefit to taxpayers to reach a settlement. It ends the expense of continuing to defend this case in court."

The case centered on corruption in a program that handed out money to community-based organizations between 1995 and 2000 to teach English and citizenship to recent immigrants. Some of the schools that got grant money didn't even exist.

Lindberg, a 20-year state worker, said that when he and others reported $11 million in misappropriations to Eastin, she ignored them. Then he was transferred to a job with no duties, leading to stress that he said triggered two heart attacks and put him in a wheelchair.

Lindberg's first jury trial in 2002 led to a $4.6 million verdict. The department appealed, and the case was sent back for another trial. But that jury awarded Lindberg $3 million more.

The state was pursuing yet another appeal when the settlement was reached.

The $1.2 million in legal fees went to two separate law firms – one defending the department and the other representing Eastin, the former superintendent.

THIS is a sorry tale best told in chronological fashion, if for no other reason than it is very complicated, and it begins in the early 1990s when California's Department of Education gave millions of dollars in federal funds to some so-called "community groups," ostensibly to underwrite citizenship and English language classes for recent immigrants.

It didn't take long for departmental civil servants to conclude that much of the money was being, in effect, siphoned off by executives of the supposedly nonprofit groups for other purposes, such as their own salaries and expensive cars. And it didn't take long for those state employees to learn that the executives had a lot of political pull, especially with members of the Legislature's Latino Caucus and the state schools superintendent, Delaine Eastin.

Nevertheless, one department official who discovered the discrepancies, James Lindberg, persisted, and reported his findings to an assistant superintendent, Robert Cervantes, who joined with an auditor at the state controller's office, J. Alan Cates, to blow the whistle on what was truly a massive fraud.

Eastin and controller Kathleen Connell should have thanked the trio profusely for their diligence and acted decisively to recover the misused millions of dollars. But they were unwilling to buck the politically connected heads of the organizations, and all three whistle-blowers were punished with demotions or letters of reprimand.

Republican legislators petitioned the Legislature's Democratic leadership to investigate but were rebuffed -- even though Democrats had been eager to investigate allegations against Republican Gov. Pete Wilson's administration and Republican Insurance Commissioner Chuck Quackenbush.

Cervantes filed a federal whistle-blower lawsuit alleging that more than $23 million in federal funds were fraudulently obtained, that when he attempted to bring the program into compliance he was pressured by a top Eastin aide and the representative of a powerful Latino legislator to back off, and that when he refused, he was demoted.

Eventually, some "community group" leaders were prosecuted, the feds got a $3.3 million refund from the state, and both Cervantes and Cates received some compensation for their shabby treatment. Lindberg, who had been demoted, sued the department, Eastin and one of her underlings, Joan Polster, saying he suffered two heart attacks from stress.

In 2002, a Sacramento Superior Court jury awarded Lindberg $4.5 million for his demotion and specified that another $150,000 should be paid by Eastin personally, saying she "acted with malice" against the veteran state employee. The trial judge reduced the award to $4 million and voided Eastin's punitive damages.

The Department of Education has spent millions of dollars to defend itself against the Lindberg suit, and the Associated Press reported that much of the money was shifted from funds designated for educational purposes.

So there we have it. Taxpayers' money was ripped off, and politicians were at least compliant, if not complicit. Those who tried to set things right were punished and the taxpayers were tapped again to compensate them. Finally, taxpayers' money meant to educate children is, instead, being spent to fight a whistle- blower.

What's wrong with this picture? Everything.